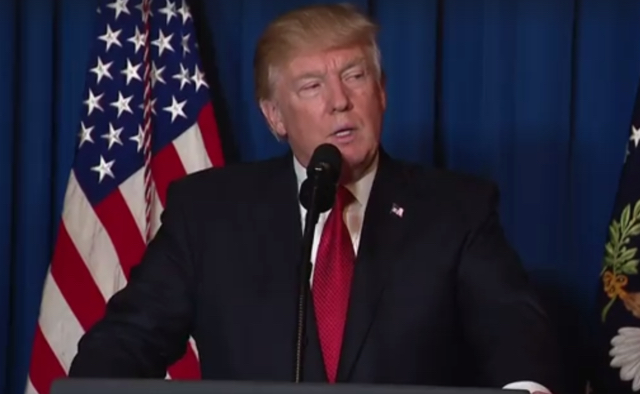 On September 23, 2016, then presidential candidate Donald Trump released a statement to the press condemning President Obama's veto of JASTA. "President Obama’s veto of the Justice Against Sponsors of Terrorism Act is shameful and will go down as one of the low points of his presidency." Trump continued . . .

“That President Obama would deny the parents, spouses, and children of those we lost on that horrific day the chance to close this painful chapter in their lives is a disgrace. These are wonderful people, and as a lifelong New Yorker, I am saddened that they will, for now, not have that opportunity. If elected president, I would sign such legislation should it reach my desk."