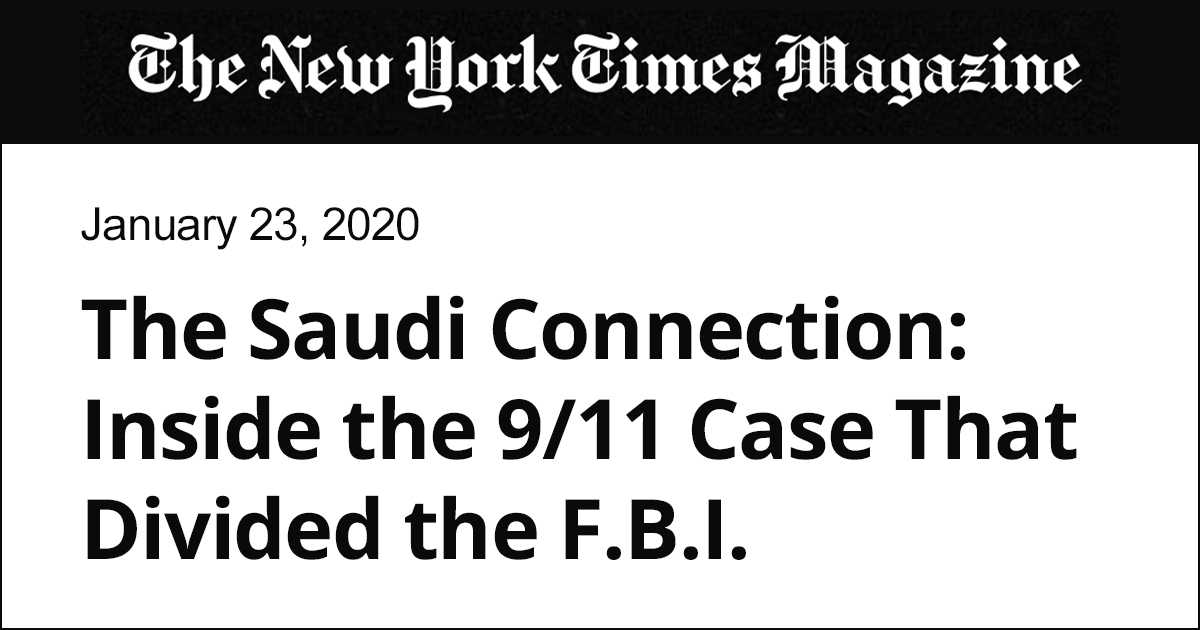 The New York Times Magazine reports on a team of FBI agents dedicated to following leads and uncovering connections between Saudi Arabia and the terrorist attacks of September 11, 2001.

In addition to a timeline and details of the investigations, the article touches on those most affected by the tragedy, the 9/11 Community. Family members met with President Trump at the White House last year in an effort to gain access to documents that could help answer their questions about who is truly responsible. Citing state secrets, many relevant documents remain protected by the Justice Department.

“There’s real bitterness over the lack of justice for 9/11. We’re fighting on two fronts: our own government and the Saudis.”