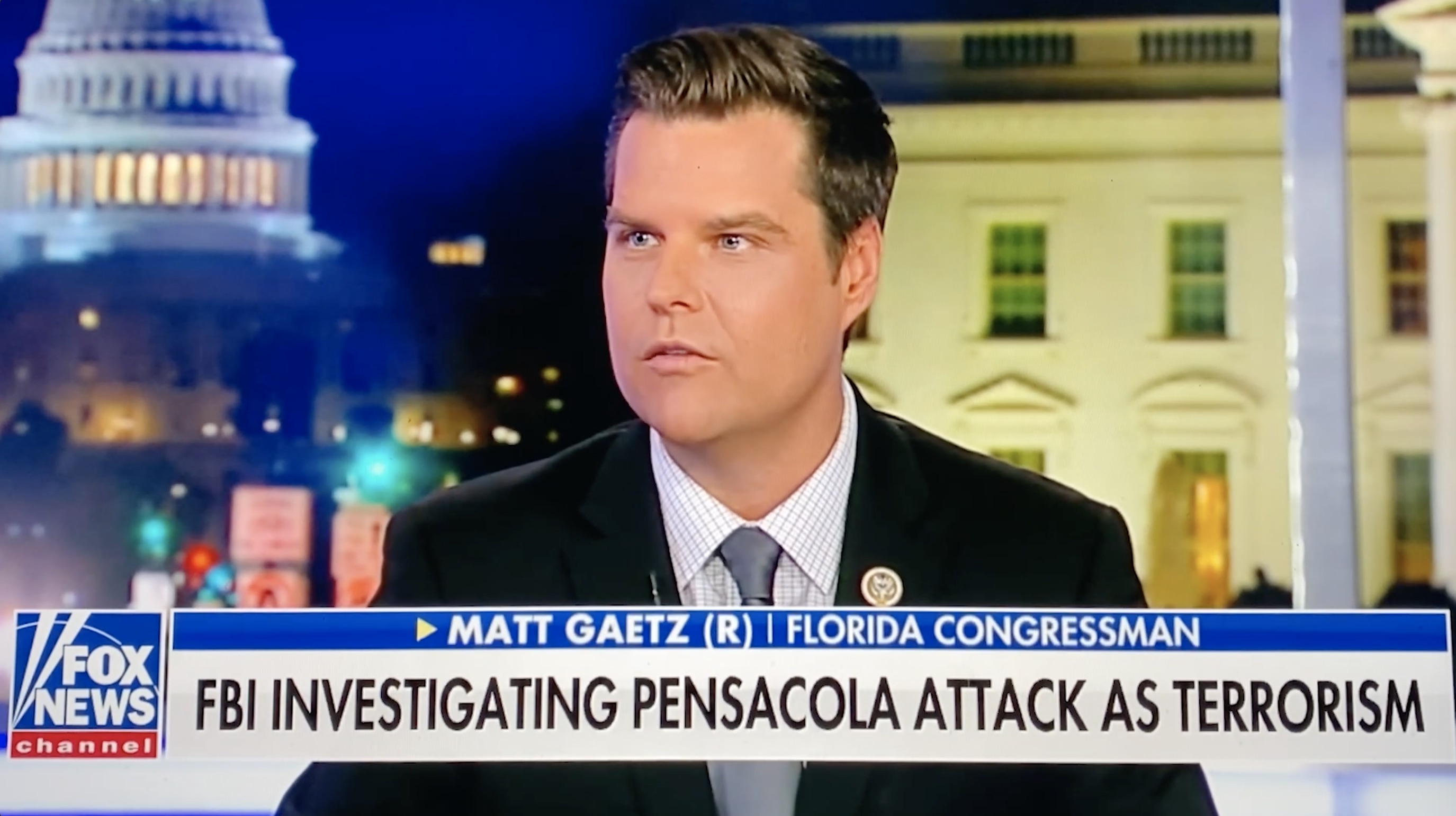 Florida Congressman Matt Gaetz appears on Fox News speaking with Tucker Carlson about the FBI's investigation into the shooting by a Saudi Arabian aviation student at a Pensacola, Florida Naval Station as an act of terrorism.

Carlson and Representative Gaetz discuss the Military Base Attack, 9/11 and Saudi Arabia. Gaetz had this to say about the September 11, 2001 attacks, "I think it's pretty definitive that members of the Saudi government were involved in supporting the U.S. based activities of some of those hijackers."