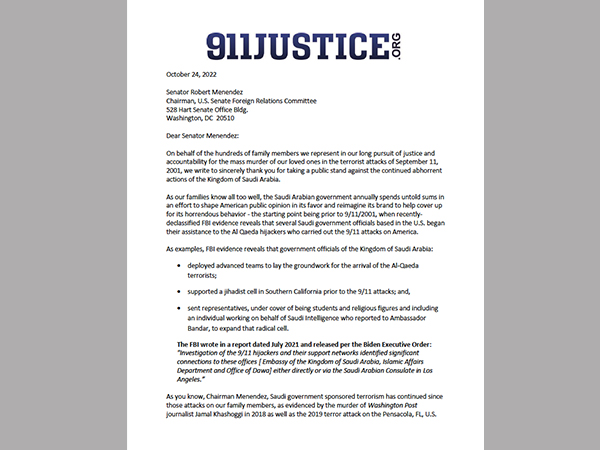 Further, the letter requests that the Senate hold a hearing about the U.S. - Saudi relationship and Saudi influence efforts in the U.S.

Read the letter to Senator Menendez.