How Veterans Were Allegedly Tricked Into Lobbying for Saudi Arabia 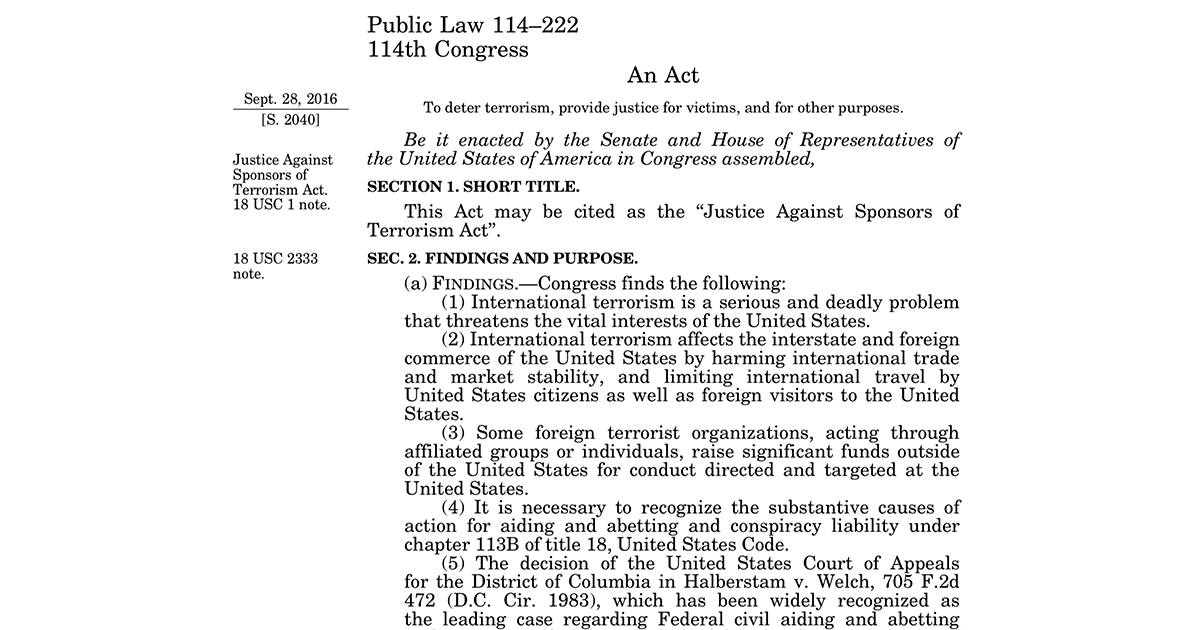 “In its initial registration statement, Capitol Media Group reported being paid $365,000 from the Royal Embassy of Saudi Arabia to organize veterans’ trips at a base fee of $30,000 each plus expenses to lobby against JASTA.”

Center for Responsive Politics (OpenSecrets.org) is an organization whose mission is to provide nonpartisan and independent research tracking money in U.S. politics. Their online news piece, Inside the controversial operation that allegedly tricked veterans into lobbying for Saudi Arabia, details how Capitol Media Group made a foreign operation using veterans to lobby against Justice Against Sponsors of Terrorism Act (JASTA) possible.