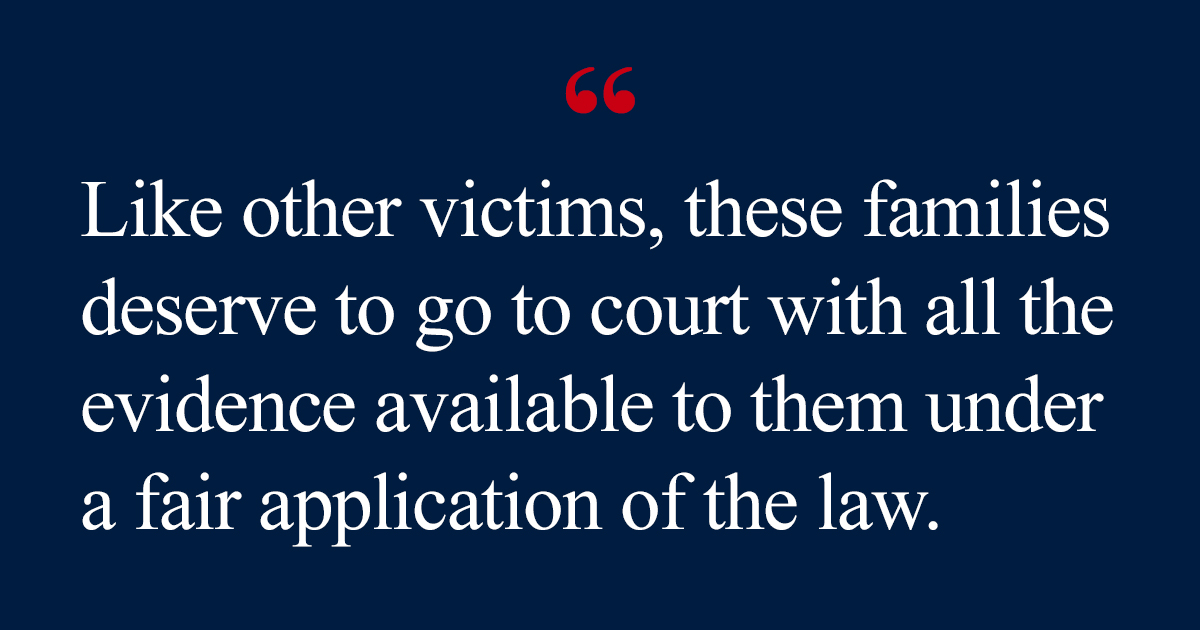 On May 11, 2021, a bipartisan group of 22 members of Congress sent a letter to Attorney General Merrick Garland requesting review of the decision by the Department of Justice under the Trump Administration to assert the so-called “state secrets privilege” in litigation brought by victims of the terrorist attacks of September 11, 2001.

According to the letter, “Your predecessor, on more than one occasion, asserted the ‘state secrets privilege’ in litigation brought by the victims of the 9/11 attacks and their families against the Kingdom of Saudi Arabia. We understand that the families in this litigation seek documents that they believe would show Saudi Arabia’s complicity in the attacks, as well as information related to Operation Encore, an investigation conducted by the FBI between 2007 and 2016. Like other victims, these families deserve to go to court with all the evidence available to them under a fair application of the law.”

The letter is the most recent in a series of actions taken by federal lawmakers seeking the release of the 9/11-related documents referencing Saudi connections to the attacks.