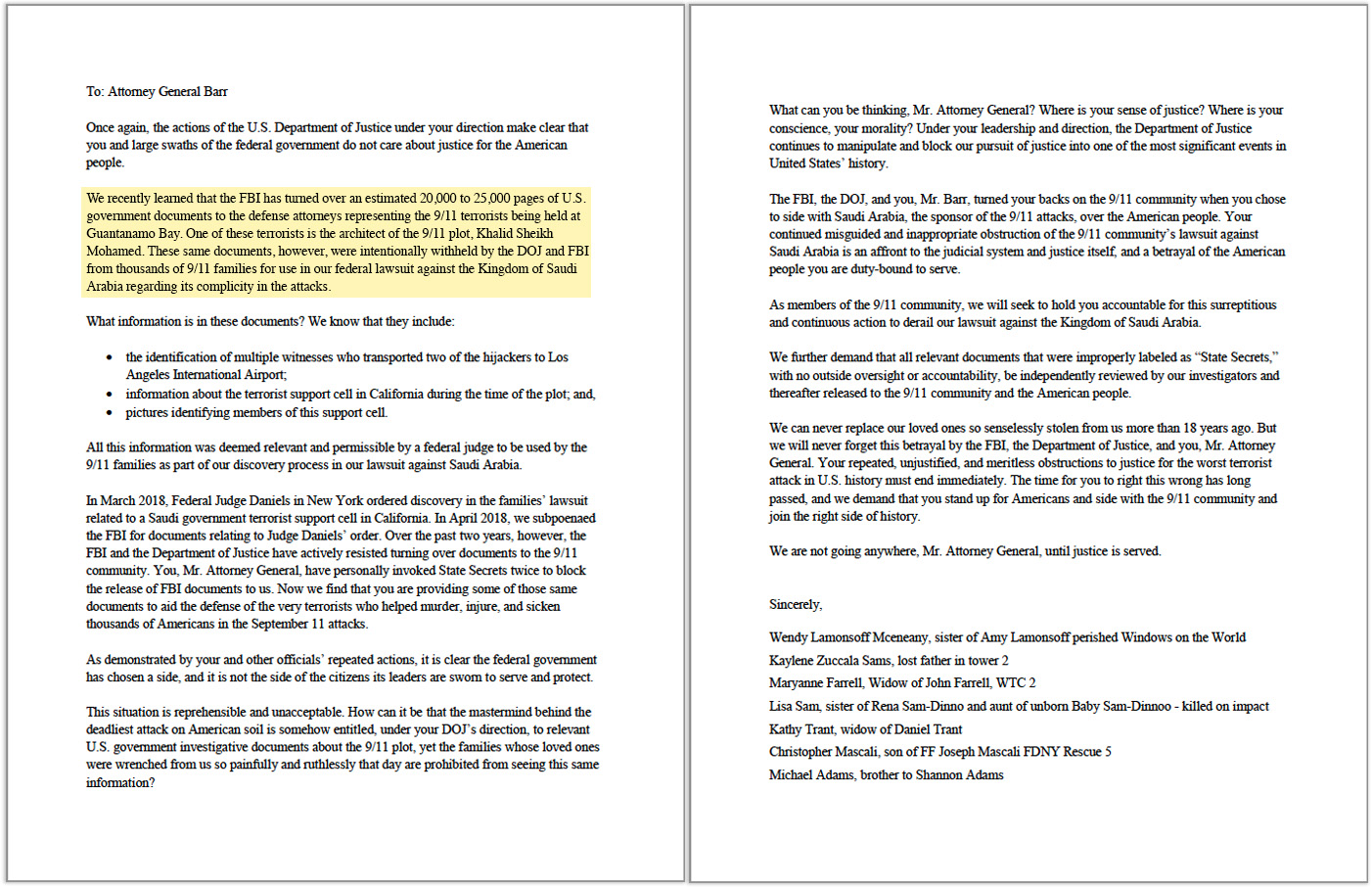 Read the 9/11 Community's Letter to AG Barr with over 3,000 family signatures here.

From the 9/11 Community letter to AG Barr:

"We recently learned that the FBI has turned over an estimated 20,000 to 25,000 pages of U.S. government documents to the defense attorneys representing the 9/11 terrorists being held at Guantanamo Bay. One of these terrorists is the architect of the 9/11 plot, Khalid Sheikh Mohamed. These same documents, however, were intentionally withheld by the DOJ and FBI from thousands of 9/11 families for use in our federal lawsuit against the Kingdom of Saudi Arabia regarding its complicity in the attacks."