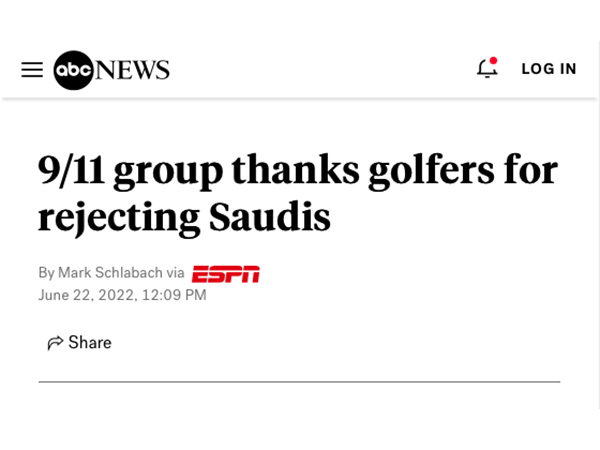 The letter was signed by a group of nearly 2,500 survivors of family members who were killed or injured in the 9/11 terrorist attacks.

Read the story on ABC News.