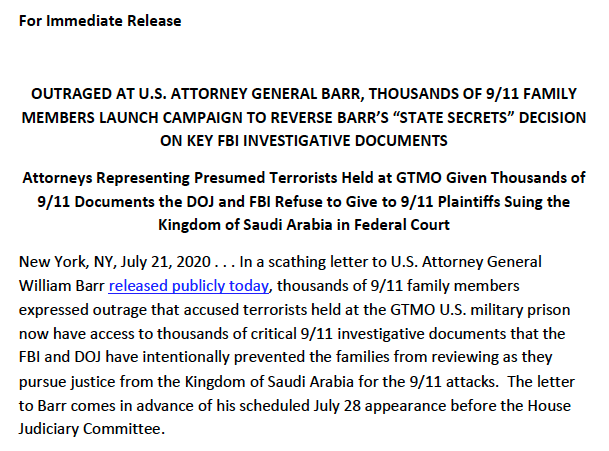 Read today's press release regarding the letter signed by 3,361 9/11 family members calling on AG Barr to reverse his decision on the "States Secrets" status of key FBI documents.

“For years the FBI has refused to release documents from Operation Encore, undertaken from 2007-2016, the Bureau’s investigation into the Saudi role in 9/11,” said Brett Eagleson, a 9/11 family member who lost his father Bruce Eagleson in the attacks.