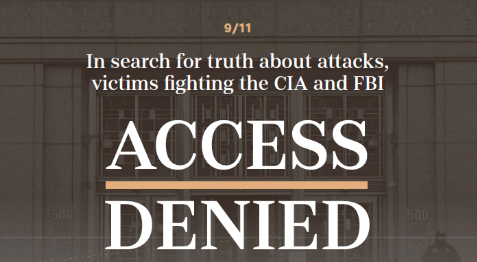 Mike Kelly has written a piece for NorthJersey.com outlining some of the obstacles 9/11 family members have faced in their quest for truth and justice relating to the terrorist attacks of September 11, 2001. The FBI and the CIA have both played a role in keeping information secret that could tie Saudi Arabia to the worst tragedy in American history.

Geoffrey S. Berman, the U.S. Attorney for New York's Southern District, has requested a 5-week extension to turn over documents that attorneys for 9/11 families have requested. This is one more delay, in a string of many, that 9/11 families have endured over the course of this nearly two-decade long lawsuit.

“It’s nauseating,” said Tim Frolich, a 9/11 survivor who was injured as he escaped from the South Tower. “It’s one thing to fight Saudi Arabia. But now we’re fighting our government.”

For northjersey.com subscribers click to read the article and others may view a pdf of the article here.