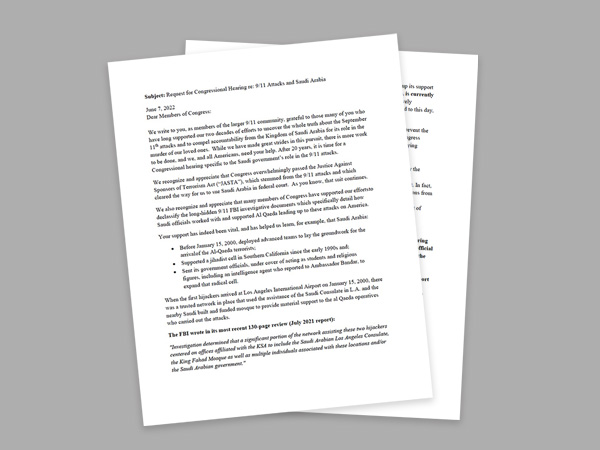 “. . . no country in the world over the last 40 years has been more responsible for the murder of more Americans (on U.S. soil) than Saudi Arabia,” says the letter to Congress. “We are confident that such a hearing will demonstrate the appropriateness and need for economic, military, and political sanctions imposed on Saudi Arabia.”

These thousands of 9/11 community members also sent a letter to members of Congress requesting a first-ever hearing specific to Saudi Arabia’s responsibility for the 9/11 attacks. Such a hearing would include FBI, CIA, and U.S. State Department officials who government reports and evidence reveals have knowledge and expertise about Saudi involvement in the attacks.