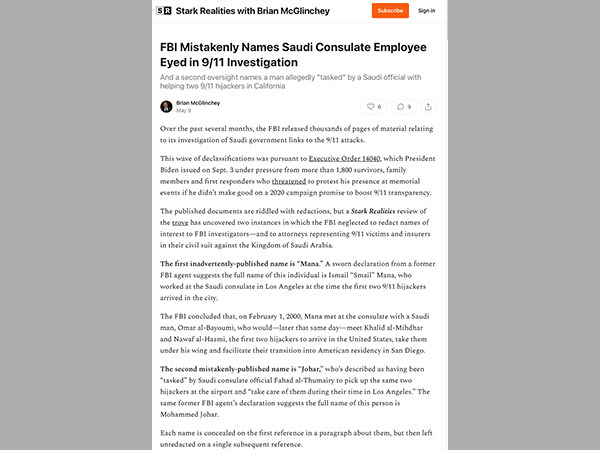 Brian McGlinchey was instrumental in the successful 2016 campaign to release the Congressional Joint Inquiry's '28 Pages' on the Saudi support of the 9/11 Plot.

From his latest analysis of the FBI documents released under the Executive Order:

"The published documents are riddled with redactions, but a Stark Realities review of the trove has uncovered two instances in which the FBI neglected to redact names of interest to FBI investigators—and to attorneys representing 9/11 victims and insurers in their civil suit against the Kingdom of Saudi Arabia."