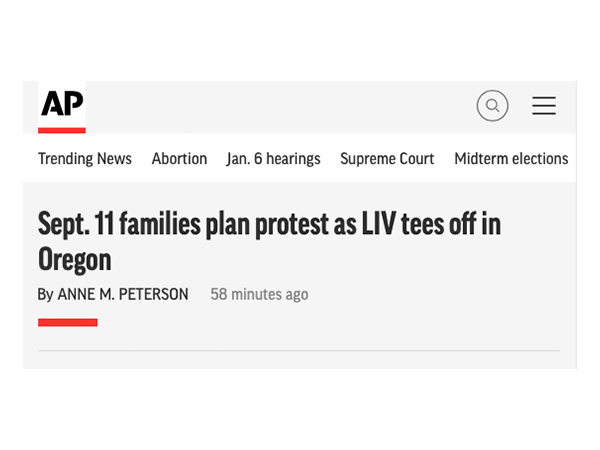 Brett Eagleson, whose father was killed in the terrorist attacks of September 11, 2001 comments in an AP article on Phil Mickelson and other golfers who joined the LIV Golf tour run by Greg Norman and funded by Saudi Arabia’s sovereign wealth fund.

“We want the golfers to know who they’re getting in bed with, who they’re doing business with,” Eagleson said. “Any golfer that chooses to go play for the LIV tournament should have to listen to the family members and look us in the eye, and explain to us why they’re taking the Saudi money and why they’re playing in this tournament. And we want the ability to educate the golfers on what we know about the Saudi role on 9/11.”