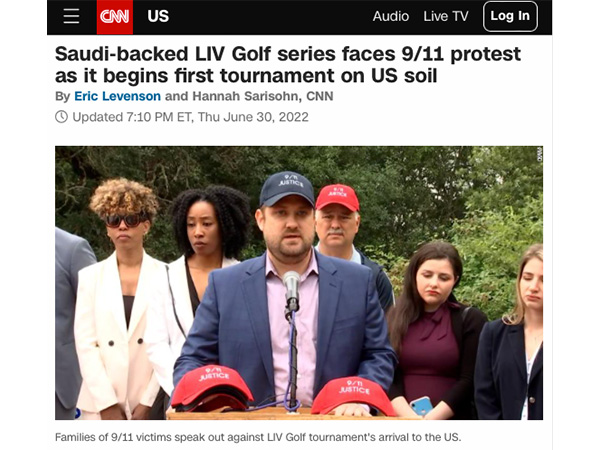 "Saudi Arabia is trying to sports-wash their reputation...Instead of admitting their support and funding of al Qaeda, they are trying through the honorable game of golf to buy legitimacy." said Sean Passananti, whose father died in the attacks was one of the family members who spoke at the press conference.