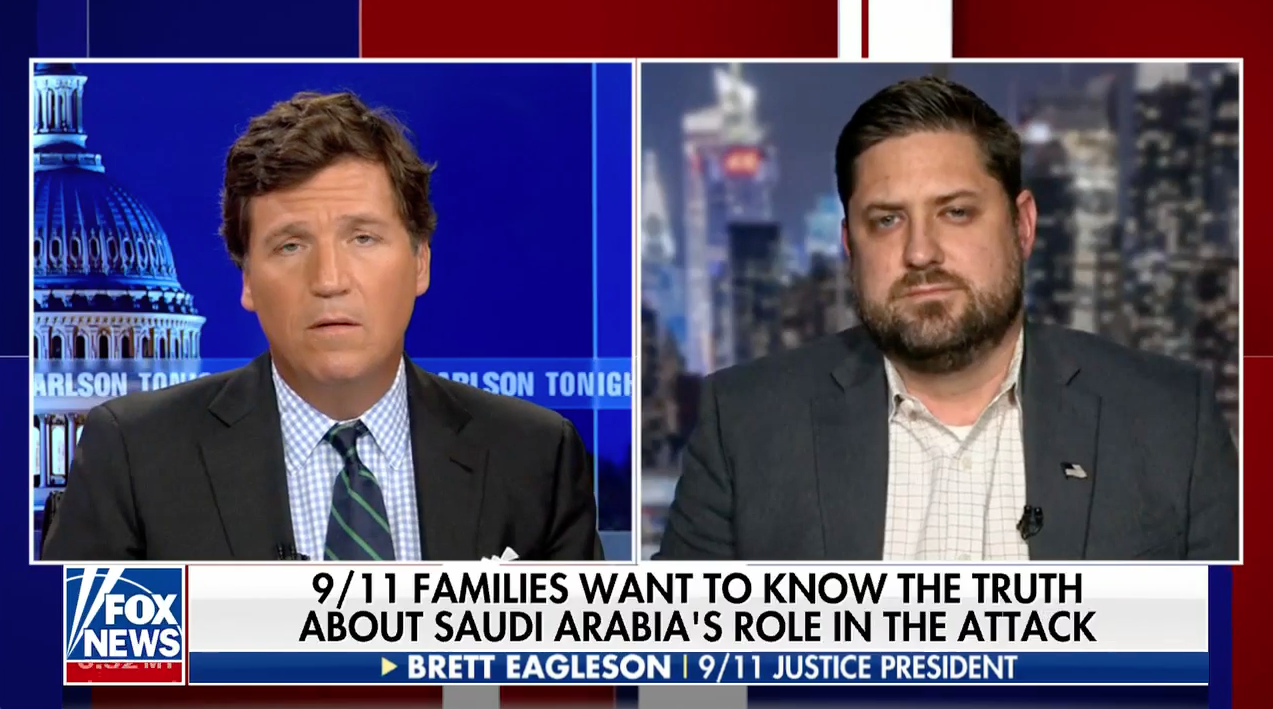 Brett Eagleson discusses a protective order pertaining to documents that are a part of the 9/11 families' lawsuit against the Kingdom of Saudi Arabia and a move made by Congress to bring some justice to victims of terrorism.

Brett expresses exasperation with the way 9/11 families are left in the dark concerning documents that are part of their lawsuit against the Kingdom of Saudi Arabia. Particularly frustrating are the 28 witness interviews forced to be conducted in private by the 9/11 families' attorneys and being kept under seal by two judges, the FBI and the DOJ. When asked by Tucker about support from Congress, Brett voices gratitude for the bipartisan measure that recently passed bringing some justice to victims of terrorism, including 9/11 family members.

Watch the video on Fox News.