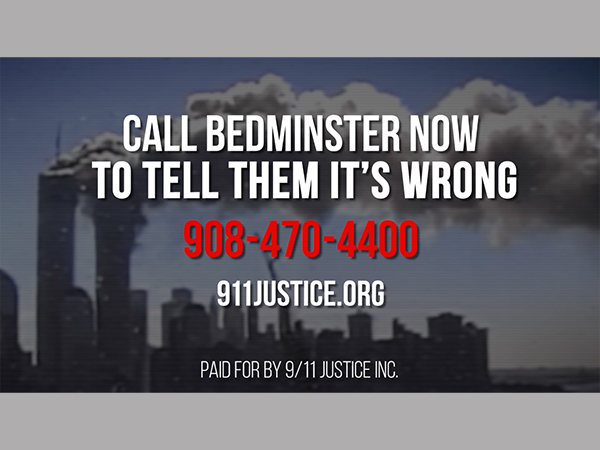 The 9/11 Justice television ad includes stories of family members who tragically lost their loved ones in the terrorist attacks.

They express their disdain for the Bedminster golf course for hosting the tournament and criticize the participating professional golfers for betraying their nation to line their own pockets. The ad campaign was released in the wake of 9/11 Justice’s recent letter to former President Trump calling on him to discontinue his business relationship with Saudi Arabia and LIV Golf. Over the weekend, as first reported by Politico, a Trump aide responded by calling 9/11 Justice President Brett Eagleson and acknowledging the former president’s receipt of the letter.

Eagleson added “I appreciate getting a call back from one of former President Trump’s assistants after he read our letter. But as we originally said in our letter, our families are hurt, and we remain upset about his hosting this week’s golf tournament and his unwillingness to even sit down and hear our concerns. One of the reasons we requested to meet with the former President is that we wanted to try and understand how much he is financially benefitting from hosting both LIV Tournaments. So we have now decided to make our feelings known more publicly by telling our story on television.”