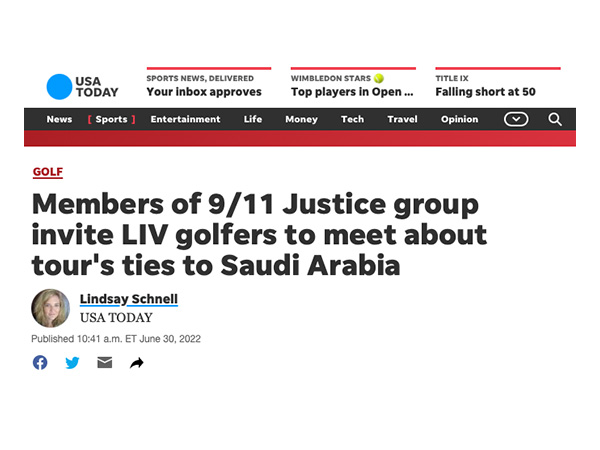 Brett Eagleson, whose father was killed on September 11, 2001, shared his story during a press conference focused on protesting the Saudi-funded LIV golf tournament which is making its stateside debut at Pumpkin Ridge Golf Club in Oregan.

“I would invite Phil Mickelson and everyone else here to have a meeting with us,” Eagleson said. “Let us walk you through these newly declassified documents that show Saudi Arabia Kingdom officials paid to help facilitate the 9/11 attacks. If, at the end of the meeting, you see the pain and hurt in our eyes and still choose to take the money, we’ve said our piece and that’s between you and your maker. I don’t think Phil or any of these other guys have the courage to talk with us.”