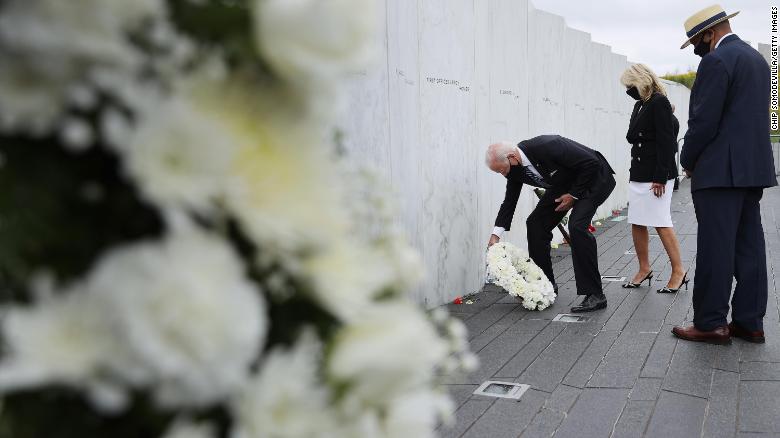 More than 1,600 people affected by the September 11 attacks are asking President Joe Biden to refrain from coming to Ground Zero to mark the 20th anniversary of the event unless he releases documents and information related to the attacks, according to a letter released by the group.

"Despite numerous requests by Democratic and Republican members of Congress and hundreds of 9/11 family members imploring previous and now the current administration to bring transparency to the matter, these efforts have been rebuffed and the issue has remained inexplicably ignored," the letter reads in part.

"We want to see tangible proof before the 20th anniversary of 9/11 that this Administration is truly committed to transparency," said Brett Eagleson, the first signatory of the letter, in a statement. "These documents involve a terrorist attack that occurred 20 years ago, and there is no justification to withhold them."